Pamela has a long-standing association with North Runnymede Learning Partnership, Surrey, with whom she developed an externally-funded two-year programme on using drama  to promote writing. In association with the literacy coordinators from the 11 primary schools involved, she developed 6-week units of work for all age groups from Year R to Year 6 (4 – 11 years) and delivered staff training to support teachers in implementing them.

After an interval, she is now engaged in a new programme developing a six-week unit for Key Stage 2 on inclusivity, resilience and perseverance. She will deliver the first two lessons in one school, observed by KS2 teachers from the partnership schools and then work with them over three twilight sessions to support them in delivering the scheme themselves and in creating their own schemes.

In between these two programmes, she has completed six-year Runnymede programme designed to use drama in developing the social and communication skills and self-esteem of so-called ‘invisible children’ in KS1 and KS2.

What the children say:

What the teachers say:

What the parents say:

Initially in partnership with Norfolk County Council Children’s Services, this now national and international initiative provides a framework of support:

My latest book with Brian Heap. 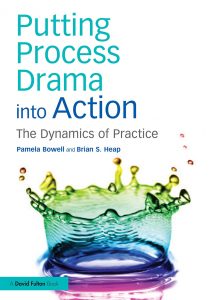